I've just spent quite a bit of time re-researching a brilliant piece of worded thought.

The re-research is due to the article disappearing from my collection on this last snafu with the lemon computer that crashed it's hard-drive for the fourth time at the end of 2012 (way more info than you needed ::grin:: ).

Now that I've re-found the article (in one of it's many forms), I'm asking you to read it. Consider it.  Ponder it.  Explore it.  And how you feel about it.

Curious meerkat? Read more »
Posted by A Seeker at 23:11 No comments:

Thank You For Ending Homelessness: part 1

I'm still writing 50K words on homelessness this month in my personal challenge to myself during NaNoWriMo 2012.

Today, that set of words took another path. Or road. Or train of thought. … Or whatever word you like to use for a stunning turnaround.

Over the last 8 days, I've been asking myself, “what do I want my world to know about homelessness?”

One of the primary answers is, “I want people to know … no, not just to know … to KNOW! To feel, to believe, to realize, to be aware we are all a part of making homelessness an issue of the past -- to end homelessness.”

Email ThisBlogThis!Share to TwitterShare to FacebookShare to Pinterest
Labels: Awareness, Be in the moment, Choice, Communication, Homeless, How To:, Make a Difference, NaNoWriMo 2012, Paths to Change Homelessness Poverty and Abuse, Pay It Forward

Further on "How do you perceive Homelessness?"

Be forewarned, this word count does not go toward my personal challenge to write 50,000 words on homelessness for NaNoWriMo 2012.  The words in this post, however, are extremely important, none-the-less to thoughts on homelessness and how you perceive yourself and others.  No matter what part of the road of homelessness you happen to be on, or off.

The words you are going to read have not been written by me.

Familiar with S. I. Hayakawa?  or read another of his bio's here.

It's difficult to be a part of social media and not know, know of, or be acquainted with MAD MEN (The term "Madison Avenue" is often used metonymically for advertising, and Madison Avenue became identified with the American advertising industry after the explosive growth in this area in the 1920s.  -- cited from “Madison Avenue.” Wikipedia, the Free Encyclopedia, November 5, 2012. http://en.wikipedia.org/w/index.php?title=Madison_Avenue&oldid=515450380.)

I'd like you to consider "The Story of A-Town and B-Ville:  A Semantic Parable" from the panorama of any social injustice you support, crusade against, advocate for those experiencing it.  For me, today, the vista I'm viewing it from is homelessness.  I find it particularly poignant, because as a person experiencing homelessness during the month of January 2011, I spent my nights in the local National Guard Armory on a cot with 199 other people sleeping out of the elements, as part of the then available "Winter Shelter."

Curious meerkat? Read more »
Posted by A Seeker at 05:58 No comments:

Email ThisBlogThis!Share to TwitterShare to FacebookShare to Pinterest
Labels: Homeless, How To:, NaNoWriMo 2012, Paths to Change Homelessness Poverty and Abuse, Philosophy, Zen

Homelessness is more than simply being without shelter

It's been a couple of days since my last post. What is your answer to “what is homelessness?”

What do you feel, think, believe?

I feel, think, and believe that homelessness is much more than simply being without adequate shelter.

Let me tell you I was totally surprised to find on the web phrasing that is somewhat akin to the way I perceive homelessness. To give you a means of exploring what I think and feel, I'm linking to the article (go to the middle of the page and read “Another definition of homelessness – by people who experience it):

...that “knocked my socks off” (all puns intended when you think of socks and those experiencing street homelessness)

When you were pondering about homelessness what images, scenes, types of people, scents, and reactions flowed through your mind?
Curious meerkat? Read more »
Posted by A Seeker at 07:02 No comments:

Email ThisBlogThis!Share to TwitterShare to FacebookShare to Pinterest
Labels: Homeless, How To:, NaNoWriMo 2012

How do you get help if you are homeless - Part 1

What would you do if you knew you were going to be homeless on a certain date?

What would you do if you didn't know you were going to be homeless, and suddenly found yourself so, turning from one minute to the next?

Is it possible? You bet.

Today on the internet, there is much more information available to those who are experiencing homelessness.

Email ThisBlogThis!Share to TwitterShare to FacebookShare to Pinterest
Labels: How To:, NaNoWriMo 2012

How To: Change A World

The symptom I am choosing to focus on is homelessness – you can pick any social ill – they are all interrelated.

If you are not asking yourself the following questions – be you a person experiencing the symptom by:

being homeless;
being a service provider;
being curious;
being a change agent;
being an advocate; or
being a bystander –

if you are not asking yourself the following questions, you are not effecting as much change in transforming a world as you could.

If change or transformation is not your goal – stop reading here.
Curious meerkat? Read more »
Posted by A Seeker at 09:41 No comments:

Email ThisBlogThis!Share to TwitterShare to FacebookShare to Pinterest
Labels: How To:, NaNoWriMo 2012

Change Yourself, Change the World

Being ensconced in shelters, food banks, poverty assistance programs, as a user;

Observing the same systems as an advocate;

Pondering the systems I was brought up in, or, more truthfully had to survive through from infancy thru major portions of adulthood;

As my voice grows to its full timber, character, and expression, I find myself looking for ways-and-means to alter ... transform ... change what I perceive to be unhealthy, unbalanced, and not-working in my communities.

My strongest belief is "if I keep doing things the same way, expecting different results, I am crazy-making."

A question that occurs, is "How many times do you try something before concluding it's crazy-making?"

Curious meerkat? Read more »
Posted by A Seeker at 08:32 No comments:

Email ThisBlogThis!Share to TwitterShare to FacebookShare to Pinterest
Labels: Paths to Change Homelessness Poverty and Abuse

Did You Ask Yourself "What do I believe?" 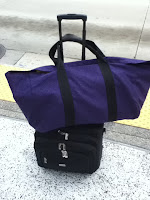 So! What questions have you been asking yourself about your beliefs?

What beliefs did you examine?

What did you discover about why you came to believe things?

I promised you some of my answers so we can play this game together.

I believed I knew where I was going with this when I started the first piece oh so many weeks ago.

Curious meerkat? Read more »
Posted by A Seeker at 03:26 No comments:

One of the most efficacious tools we have is acknowledging our own intrinsic value.

Any moment can be a creative, transformative, defining one.

As this is an archival blog, the current tweet stream is not available.

Mattie Lord has written cogently, and it still holds true, over a year later:

For Homeless Services, One Size Does Not Fit All

A Seeker
What is lost can be found.

Some have said you can't lose something you don't have ... awareness is essential to life, you were born with it. It's the degree to which you choose to use it that makes all the difference.

I seek awareness and expression. Therefore, you can call me ... A Seeker